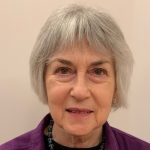 Veronica was born in Hungary to holocaust survivor parents who immigrated to the UK in time for her secondary education at a comprehensive school. Following undergraduate and doctoral training in genetics in Cambridge and Oxford respectively, Veronica was introduced to molecular biology while a Beit Memorial Fellow at the MRC Mammalian Genome Unit in Edinburgh.

Veronica was born in Hungary to holocaust survivor parents who immigrated to the UK in time for her secondary education at a comprehensive school. Following undergraduate and doctoral training in genetics in Cambridge and Oxford respectively, Veronica was introduced to molecular biology while a Beit Memorial Fellow at the MRC Mammalian Genome Unit in Edinburgh. Then as group leader at the MRC Human Genetics Unit, she embarked on gene mapping prior to the Human Genome Project as the approach for early identification of genes implicated in developmental eye malformations such as aniridia (absence of iris). Discovery of the aniridia-associated PAX6 gene, implicated in eye and brain development, provided focus. Some observed mutations pinpointed the importance of long-range gene regulation, explored particularly for PAX6, using developmental studies in mouse and zebrafish, as the core of Howard Hughes International Research Scholar award. Other eye development genes, some interacting with PAX6, were identified as causative genes in related eye malformations. Veronica trained numerous PhD students and postdocs and was Section Head. She still mentors young scientists in “retirement”. She served on grant committees including international ones in Europe and Canada, and on committees organising international meetings. As a founding member of the UK’s Human Genetics Commission, she has engaged strongly in exploring the ethical aspects of human genetics. She served as President of the European Society of Human Genetics, the (UK) Genetics Society and the Galton Institute (renamed Adelphi Genetics Forum). Her honours include membership of EMBO, Fellowships of the Royal Society of Edinburgh, the Academy of Medical Sciences and the Royal Society. In 2010 she was appointed CBE for services to science. She is keen to ensure Equity and Inclusion for all and recently served as a member, and subsequently chair, of the Royal Society’s Diversity Committee. 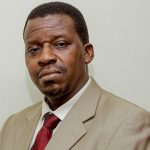 Prof Sadiq Yusuf was educated at Ahmadu Bello University, Zaria, Nigeria where he obtained a PhD in Physiology. He has over 25 years’ experience in teaching, managing scientific research and academic education of undergraduate and postgraduate students. His research combines neurophysiological, behavioral, biochemistry, anatomical and molecular approaches to understand the fundamental principles involved in the regulation of gastric secretions, the role of brain-gut axis in the gastric mucosa protection; and more recently understanding the cellular mechanisms that are involved in alteration of cognitive functions in the face micronutrient deficiency especially in children.

Prof Sadiq Yusuf was educated at Ahmadu Bello University, Zaria, Nigeria where he obtained a PhD in Physiology. He has over 25 years’ experience in teaching, managing scientific research and academic education of undergraduate and postgraduate students. His research combines neurophysiological, behavioral, biochemistry, anatomical and molecular approaches to understand the fundamental principles involved in the regulation of gastric secretions, the role of brain-gut axis in the gastric mucosa protection; and more recently understanding the cellular mechanisms that are involved in alteration of cognitive functions in the face micronutrient deficiency especially in children. 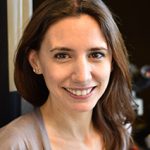 Lucia obtained a B.A. from the Universidad Autonoma de Madrid in Spain, where she trained with Gonzalo Garcia de Polavieja. After a summer working on vision in box jellyfish in the lab of Dan Nilsson at Lund University in Sweden, she joined Michael Bate‘s group at the University of Cambridge, UK for her PhD, where she studied the embryonic development of the Drosophila olfactory system.

For her postdoc she worked on the evolution of olfactory pathways  in Drosophila, in the lab of Richard Benton at the University of Lausanne, Switzerland. Since January 2018 she is a group leader at The Francis Crick Institute in London, UK. The focus of her lab is to understand how neural circuits evolve to generate species-specific behaviours using the olfactory system of flies as models. She has received multiple awards, including the FENS EJN Young Investigator Prize 2018 and the 2018 L’Oreal-UNESCO for women in science Fellowship. In addition to the lab work, Lucia co-founded and runs TReND (Teaching and Research in Natural Sciences for Development) in Africa, work for which she received the Passion in Science Award 2016. 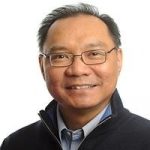 Dr. Chew is the Inaugural Director of the Advanced Imaging Center (AIC) at Howard Hughes Medical Institute Janelia Research Campus. He serves on the Scientific Advisory Boards of France BioImaging and EuroBioImaging, and currently chairs the Global BioImaging Management Board. Prior to joining Janelia, Dr. Chew served as the Director of the Center for Advanced Microscopy at Northwestern University in Chicago.

He has a keen interest in deciphering cytoskeletal regulation using advanced microscopy tools and tissue engineering. He is the Founder of Imaging Africa workshop, and the Africa Microscopy Initiative (AMI), an infrastructure- and community-building initiative for the whole continent. 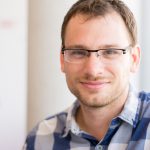 Following his undergraduate studies in Natural Sciences at Cambridge, UK (2004) Tom joined the lab of Dr. Berthold Hedwig at the Cambridge Department of Zoology for his PhD, which he completed in 2008. He then joined the lab of Prof. Leon Lagnado at the MRC-LMB, Cambridge for a two-year post-doc, before taking up a second postdoc position in the lab of Prof. Thomas Euler at the Centre for Integrative Neuroscience (CIN) and Bernstein Center for Computational Neuroscience (BCCN) in Tübingen, Germany in 2010. Here, Tom completed his Habilitation at the Medical Faculty of the University of Tübingen in 2016.

Tom’s research background is in experimental visual and auditory neurophysiology, where in recent years he has been concentrating on the retina of zebrafish and mice. By combining two-photon imaging techniques, electrophysiology and statistical modeling he studies single-cell and population coding of visual signals in the retina.

In addition to his regular research work, Tom is also co-founding director of the science-education NGO TReND in Africa (www.TReNDinAfrica.org). In this capacity, Tom and his colleagues collaborate with African universities to support teaching, promote an open source / open access model to scientific research and to foster Africa-European collaborations and exchange. For his research and other activities, Tom has received multiple awards, including the Boehringer Ingelheim-FENS Research Award, Nature/Tencent Global Impact Award, Lister Prize for Preventive Medicine and Sir Philipp Leverhulme Prize. 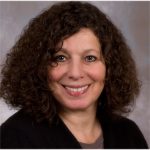 Dr. Sharon L. Juliano is a Professor of Anatomy, Physiology, and Genetics, Neuroscience, and Cell and Molecular Biology at USU. Dr. Juliano received her PhD at the University of Pennsylvania and conducted a postdoctoral fellowship at the University of North Carolina, Chapel Hill. She additionally completed a Senior Fellowship (Poste Orange) in Creteil, France. While at USU, Dr Juliano served as president of the USU faculty senate in 1993 and was also the Director of the Neuroscience Program from 2012 – 2019; she is currently a member of the Neuroscience executive committee.

Dr Juliano is involved in teaching both medical and graduate students. She is also active in the International Brain Research Organization (IBRO), and organized workshops and courses in Africa, South America, and Eastern Europe. She currently coordinates a yearly Workshop in neuroscience teaching (the Teaching Tools Workshops in Africa) for young African neuroscientists. This workshop has been held across the African continent in 9 countries.

Dr. Juliano received the Flexnor Award for Outstanding Research, the Cajal Club Cortical Explorer Award, the Simpson Award (given by iiFAR), the Distinguished Service Medal (US Govt), the Wu Award for Excellence in Research (U of PA), the Society for Neuroscience Award for Education in Neuroscience, and the Outstanding Service Medal (US Govt). She was also the Chair of the Committee on Animals in Research for the Society for Neuroscience and the Director of the US-Canada Regional Committee of IBRO. She sits on several editorial boards, and participates in many advisory committees and study sections including those for the Institute of Medicine, the NIH, DoD, and IBRO. Dr Juliano was also involved in the development of the Center for Neuroscience and Regenerative Medicine and served on its leadership for several years. She also sits on the board for Women in Neuroscience in Nigeria and the advisory board of the Society for Neuroscience in Africa (SONA); in 2020 she was inducted into the SONA Hall of Fame.

Her recent scientific work centers on the effects of blast and associated injuries on the ferret brain. The ferret is an excellent model to use for study of brain injury as it possesses a gyrencephalic cortex, which demonstrates changes in the expression of tau and its isoforms after traumatic brain injury, as well as high level behavioral changes. Dr Juliano has been extramurally funded for over 30 years. 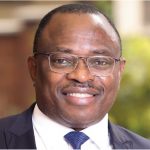 His research area is Comparative Adult Neurogenesis and Gliogenesis looking at the generation of new cells in the adult brain in mammalian and avian species and the factors that affect the process at different life stages. He is a C-rated Researcher with the South African National Research Foundation (NRF) and a former PI under the Switzerland-South Africa Joint Research Programme (SSAJRP). He has supervised several MSc and PhD candidates to completion with several publications in peer-reviewed journals. He is a recipient of Faculty of Health Sciences Service Excellence and Research Awards at Wits University and a ‘Distinguished Alumnus’ of the University of Port Harcourt. Nigeria. Professor Ihunwo’s working experience spans across the African continent: Nigeria, Uganda, South Africa with constant interactions with colleagues in Central and North Africa. Professor Ihunwo is the Chair, SONA Governing Council (2022-2023), a Councillor, representing Africa on the Council of the International Society for Neurochemistry (ISN; 2021 – 2025) and Founder, Brain Wellness Initiative (BWI).